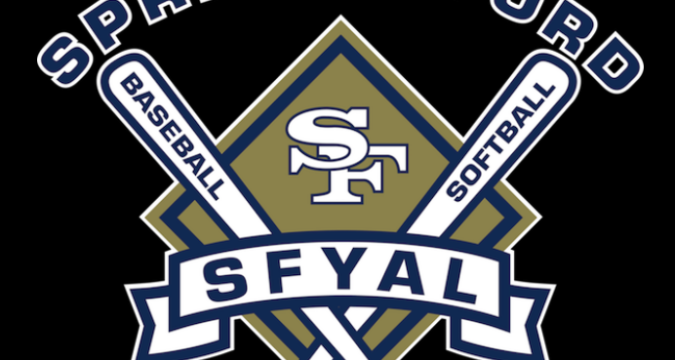 Baseball has always held an important place in Chad Strunk’s life. In childhood, that meant playing until
the sun went down. These days, it means coaching, supervising, and maintaining baseball and softball fields sometimes well past sundown as president of the Spring-Ford Youth Athletic League (SFYAL), headquartered in Spring City, PA.

Strunk’s involvement with the administrative side of SFYAL dates to 2008 when his eldest daughter started playing softball. He applied his accumulated baseball knowledge to her new favorite activity, getting involved with coaching in 2010 and becoming a softball director in 2012. Two more daughters followed, later joined by a son who figures to begin his own athletic journey in the coming year. With baseball and softball in the picture now, Strunk’s annual landmarks are determined by the sports rather than a calendar. June and July don’t mean the ‘dog days of summer,’ they mean tournaments every weekend. August and September aren’t just the start of school, they indicate tryouts and tough
decisions on the horizon.

And the beginning of March? That’s the best time of all – the start of a brand-new baseball and softball season.

2020 was no different, with several hundred kids registered for the rec league season and coaches being assigned to their respective teams. From that perspective, the outbreak of COVID-19 couldn’t have come at a worse time.

“When we shut down initially, we accepted that the season would be delayed,” said Strunk. “But within about two weeks, it seemed pretty clear that we wouldn’t be playing in 2020.”

The dark days of March and April provided little hope. On April 27, forced to make the toughest decision of his tenure in canceling the spring season, Strunk’s message still struck an optimistic tone. “We are not giving up on Baseball and Softball for 2020,” the Board of Directors’ email to parents and players read. “We are still hoping that we can get back out on the fields this summer if the ‘All Clear’ is given by the government.”

SFYAL wasn’t alone, working with seven other local organizations to determine which stage of Pennsylvania’s three-stage reopening would allow for youth sports. The available guidance was inconsistent, so when Montgomery and Chester counties – the two areas from which SFYAL draws – went into the yellow, or second stage on June 5, Strunk allowed himself an optimistic response. “We couldn’t compete until the green (final) phase, but the language indicated we could practice under yellow,” he explained. “But for SFYAL, the restrictions during the yellow phase didn’t make sense to start
anything. We decided we’d be waiting until the green phase.”

It became clear, however, that the green phase wouldn’t be too far away, so on June 7, SFYAL sent another email to all prior registrants announcing that a summer season would commence as soon as the green phase did begin. The correspondence outlined numerous social distancing measures and the capacity limits necessary to resume play.

The green phase came just weeks later on June 26, giving SFYAL an almost-literal green light to start playing.
As you can imagine, there was a considerable amount of concern.

“Right away, I received an email from a parent asking, ‘if Major League Baseball doesn’t think it’s safe to play, how can you send children under age 12 back onto the field?’ Strunk remembered. “I respected that opinion, but Major League Baseball’s dispute was much more about money. And the numbers – we might have 100 people at the complex for a big game, while MLB has 30,000-plus fans at a game. We can control things to a much greater degree.”

In fact, that level of control would be inadvertently made easier by the fact that slightly less than half of
the original registrants for the spring season signed up for the abbreviated summer session but while registrations were down, expenses, unfortunately, increased as the Board had to implement new cleaning standards and purchase
additional equipment.

But by the end of June, players and coaches were back on the field. The challenges, however, were only beginning.

1 thought on “Baseball and Softball: For the Greater Good – Part 1”