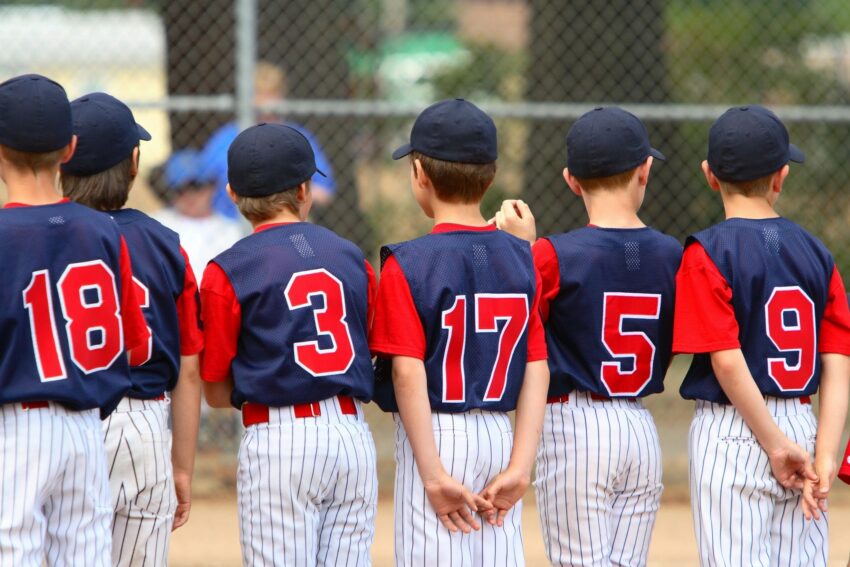 Editor’s note: Part one of this story can be found here.

Appropriately enough, SFYAL returned to the fields just before Independence Day. But liberation from their homes back to the freedom of the fields had growing pains all its own.

“We have a guy who’s been coaching for years,” Strunk laughed, “and at the end of the first practice, he brings the team together, has them put their hands in for a ‘1-2-3, TEAM!’-type cheer. Totally innocent, he wasn’t acting out or anything, it’s just what he does. But yeah, you have to make a point to avoid those things in this new environment.”

Policing spectators and players, on the other hand, presents a different and more daunting challenge. “People don’t always comply,” Strunk admitted. “The standard is two spectators per child, and I know there are grandparents there, or siblings. But overall, there are fewer people, and I am pretty pleased with their ability to spread out, maintain their distance.”

With spectators able to be managed, the games could proceed. But there were on-field concerns as well. How do you maintain distance between a batter, a catcher, and an umpire at home plate? Is it necessary? “Our umpire assignor said that his initial directive was to have the umpire stand behind the pitcher to call balls and strikes,” said Strunk. “His guys were 50/50 – some would’ve gone behind the plate, others wouldn’t – but ultimately we just told them to stand behind the pitcher.”

Does it impact the ability to calls balls and strikes accurately? “Of course,” allowed Strunk. “But I stressed to parents and coaches that they needed to be happy to be out on the field and accept things like a few missed calls that really couldn’t be helped.”

Easier said than done. “For the first two weeks or so, everyone was really just happy to be back,” Strunk smiled. “After that, there were complaints about the umpiring, but nothing out of the usual. Just part of the game.”

Finding umpires hasn’t been an issue, as most are community members equally eager to get back outdoors and living life again. The hard part for Chad Strunk and the Board of Directors has been the logistics of refunding spring registrants, enrolling summer players, and figuring out which of those, and how many were one and the same.

“You’re losing plenty of money, plus we decided against opening the snack bar, which is a further cut into revenue,” said Strunk. “The timing is difficult, because we had repeated delays, plus we didn’t have guidance on fall (activities and the resumption of school).”

Candidly, Strunk admitted he hasn’t experienced any sort of return to normalcy. “As a coach, a league official, [COVID-19] is constantly at the forefront of my mind,” he admitted. “You’re always keeping an eye out for this or that, because in the back of your mind you know all it takes is one incident to shut you down completely.

“The people who can afford the liability of everything have passed the buck onto us. If we choose not to have a season, we lose our players and our league. If we go forward and play, and even one case pops up, we can get sued and again, lose the league. It’s by no means an easy situation.”

So the natural question becomes, why? Between the potential liability, the added burden upon the Board, league officials and coaches, budgetary concerns, and the uncertainty of COVID-19, why proceed with a 2020 season instead of cutting your losses and waiting until next season?

It turned out to be Strunk’s easiest answer of the conversation.

“For the kids,” he replied quickly. “They need to get out and be around other kids, and so do the parents, quite frankly. This is my life, and it has been for years now. The next generation deserves that same opportunity. To be unable to get out, do the things that we’re used to – it weighs on people. Mental health is as important as anything, and we saw it firsthand. When the kids first came out to practices at the start of summer, they looked like zombies. Slowly, surely, getting back on the field helped them.”

On August 22, SFYAL wrapped up their summer session with championship games, trophy presentations, and most importantly, no COVID-19 cases or exposures. For Chad Strunk and his Board of Directors, it was validation, proof of a job well done – not that they had much time to celebrate.

“Fall ball is a week away,” he pointed out. “Practice starts next week.”